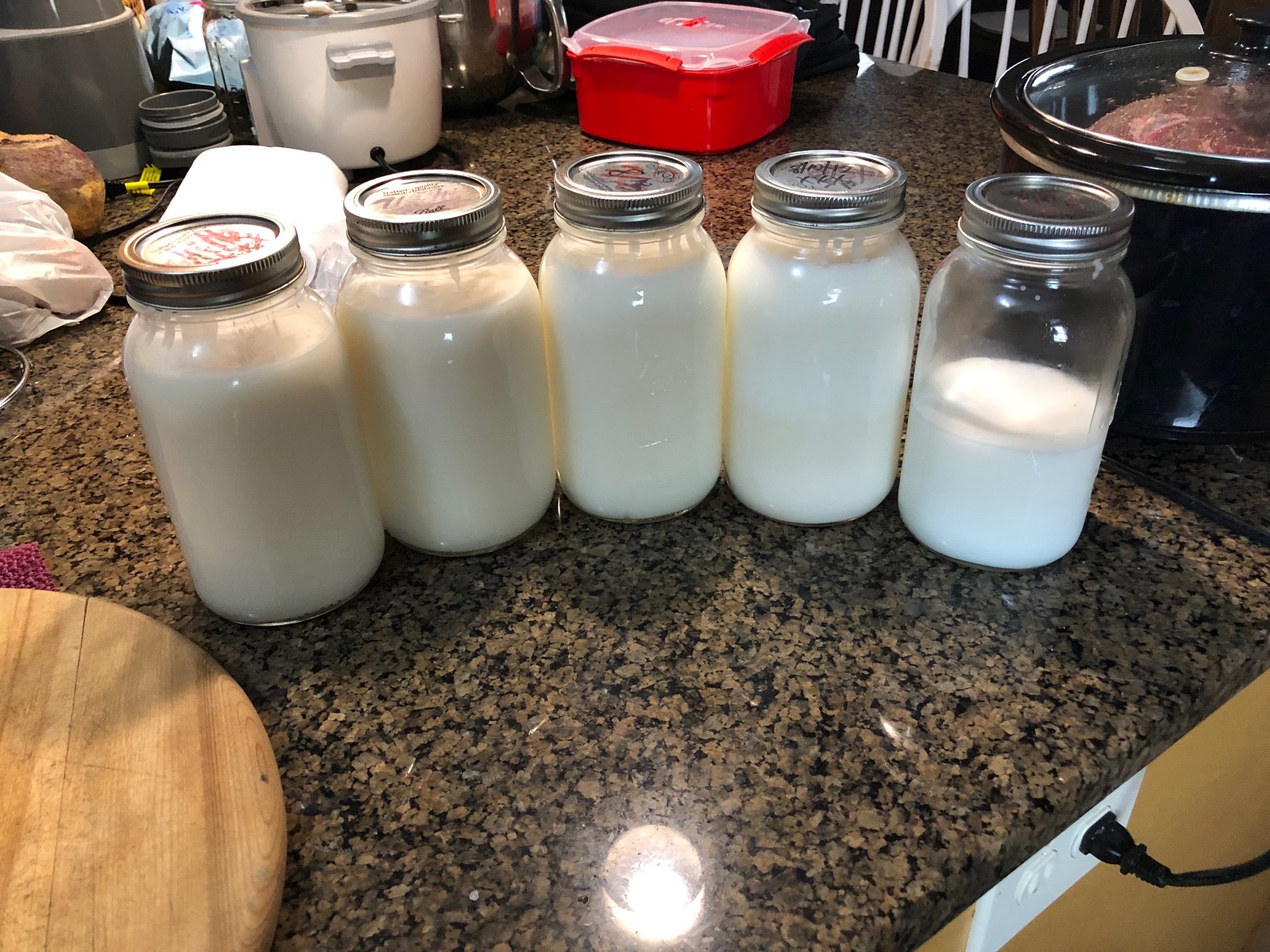 I finished clearing as much of the roof as I can. Hopefully enough snow will melt off that the ice will start to clear. At the least, there won’t be a lot more snow melting and contributing to the ice dams. I’m amazed at how much snow I’m getting to slide off of the roof. Large 4″ thick chunk after 4″ chunk.

I did more work on marketing writing and websites. Both my own and for a client. 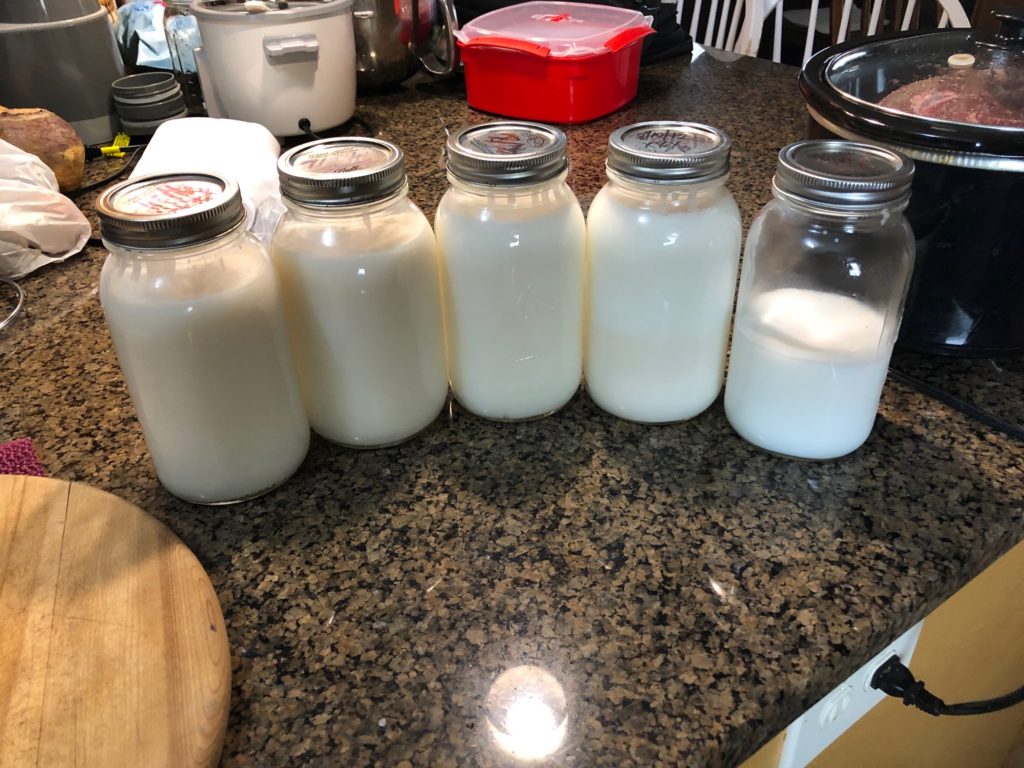 I also made some lard. Chris had a box of pork fat in the freezer from the last pig she bought and I finally took the time to learn to render lard. It’s a really easy process. Put the fat in the slow cooker. Turn the slow cooker on. Wait. Filter through cheesecloth. Ladle into jars. 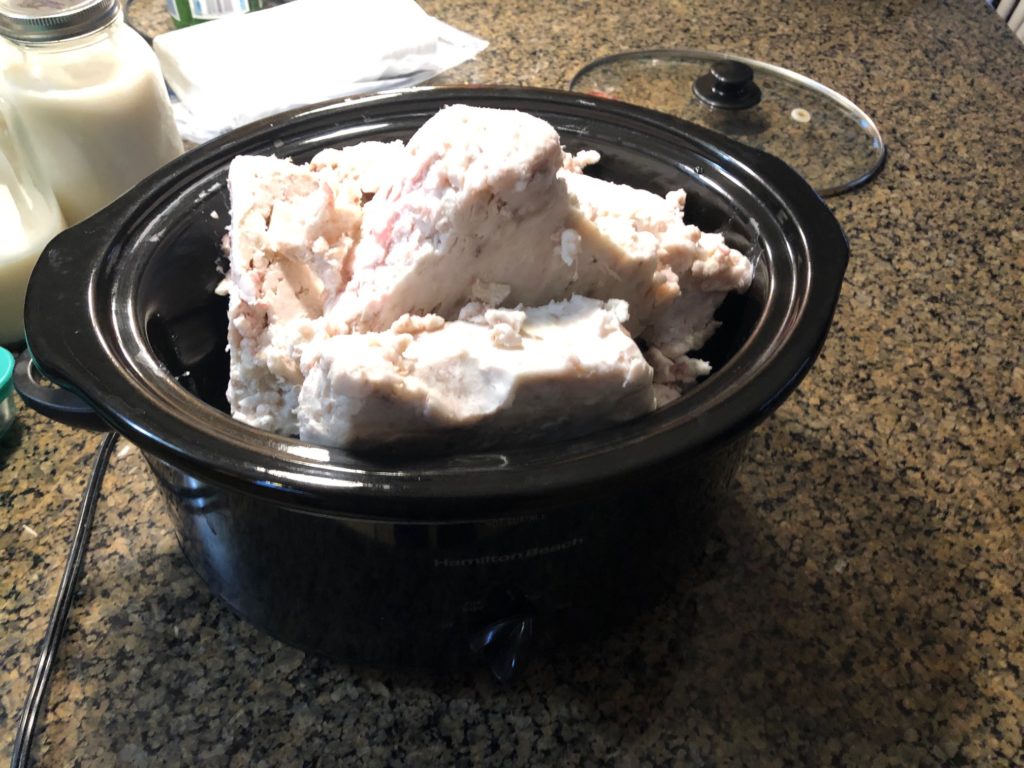 Why? Making it yourself is better than buying most commercial lard these days? 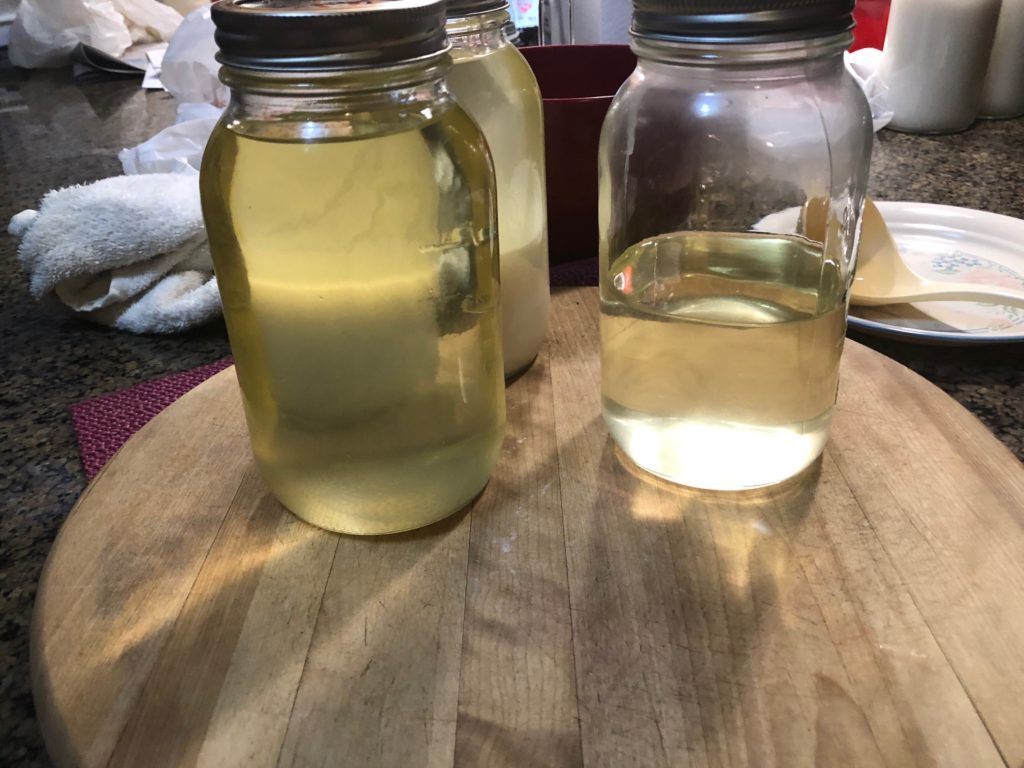 Oh, why lard? I want to make another batch of pork belly confit. Otherwise known as lightly cure and season pork belly and then poach it in lard until cooked. Then once cooled, dig out pieces of pork belly and fry them up in a skillet. It’s wonderful…