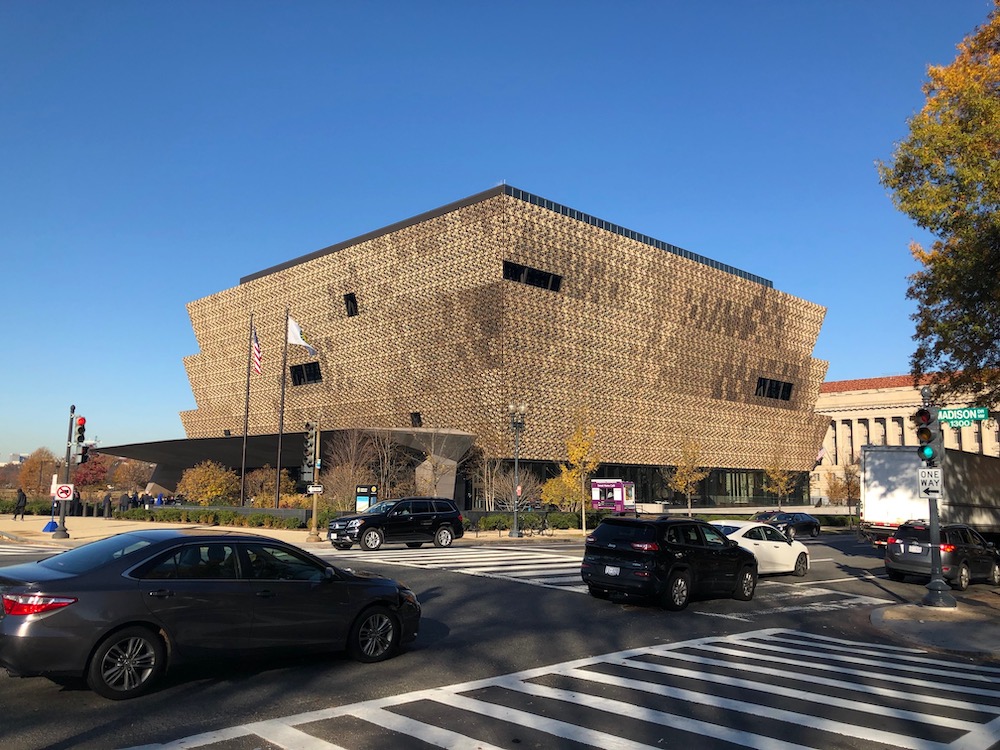 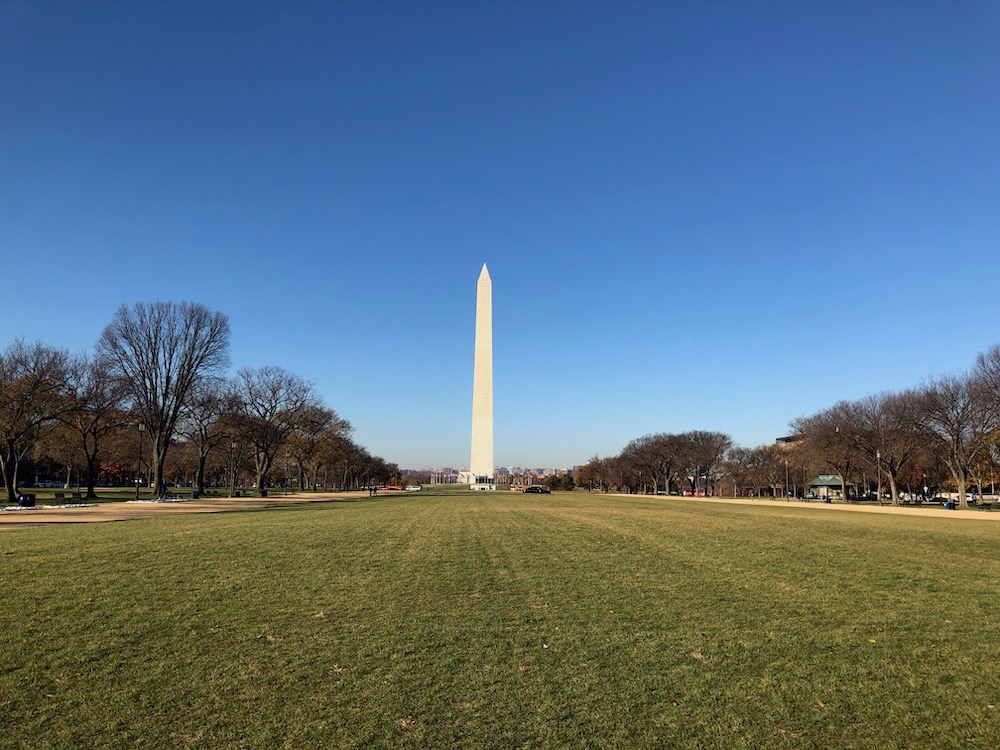 My daughter Elizabeth was able to take the day mostly off and we visited Washington DC. It is a delightful treat that it’s a simple hour train ride from Baltimore to Union Station in DC.

After stopping by the pastry place we like at the train station, we took the metro over to the Smithsonian stop. It was a pleasant day in DC. Mid 40s to mid 50s and clear blue skies.

After a couple of pictures we headed over to the relatively new Museum of African American History and Culture. Unlike when it first opened and for a while, on weekdays you don’t need passes to get in though there were several lines of people waiting to get in by the time it opened.

We got in easily and took the route down to the bottom, 3 floors below ground, where the historic exhibits start in the time period of the 1400s.

The museum is amazing. There is a lot to absorb and everything is very well laid out and interesting. Lots on the slave trade, of course, the economics of it and the human cost, the Civil War, reconstruction and then the end of reconstruction and so on. We took about 2 hours going through the three floors of historic exhibits.

Then went to the top floor which had exhibits on music, theater, performance, etc. That was another 90 minutes we think. By that time we were pretty tired. And there are 2 more floors of exhibits. But we were very glad at what we saw.

We were pretty hungry and from maps it looked like we needed to walk north to find more food. As it happened, the food court at the Regan Federal Building and International Trade Center looked interesting so we went in and ate there. Nothing to write home about but it was decent. And we had ice cream.

I helped prep some things for dinner and Thanksgiving cooking and Elizabeth made an interesting barley dish. We otherwise weren’t very hungry.

Then back over to campus so she could practice more and then sleep.