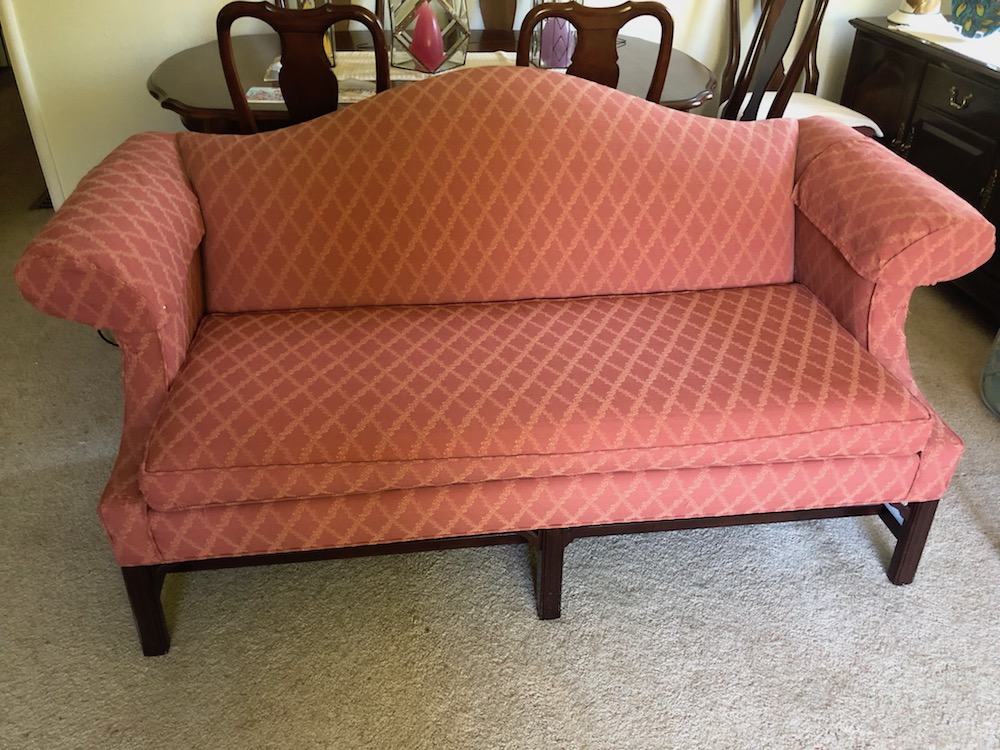 I had an early Breakfast with DaughterA since she was going to be away with friends the rest of the day and overnight. Then I ran some errands and read more of the sales/marketing book and a new book I received as a gift. It is an oral history of the TV show The Wire, one of my favorite TV series.

We got rid of the last piece of furniture that was going on Craigslist Free so that adventure is done for now. The sofa in question isn’t small and it would have fit fine in someone’s truck or SUV or minivan. However, the person who contacted me about it and was ready to come over tole me they were coming in their Toyota Matrix. I look this up. That is a small car.   Hmm.  She responds, “My husband thinks it will fit fine”.

He shows up on time. Luckily it is just him or there wouldn’t have been room on the way back. Friendly young guy. A little goofy.  VERY optimistic and positive.  And the Toyota Matrix. The sofa is basically the same size as the car.  By the 5th try, he and my StepDad got it into the car.  The guy joked it was like playing Tetris and he war right.  The lid of the center console between the front seats had to be unscrewed and removed to make space. His moon roof was helpful for one of the legs of the sofa to stick into (the sofa was upside down by this point). His hatch back had great feature where the window glass lifts up and out when the hatchback is closed which helped with another sofa leg. He did realize that the window that was lifted up might fly down due to air resistance  while driving so there was a padded bag he put over the leg and velcro tied it down.  His seat was all the way forward and he could barely slide into the car.

However he was incredibly excited to get the sofa.  He really liked it.  We were just happy he was able to squeeze into the car and drive out of sight.  I think the sofa was going to a happy home.