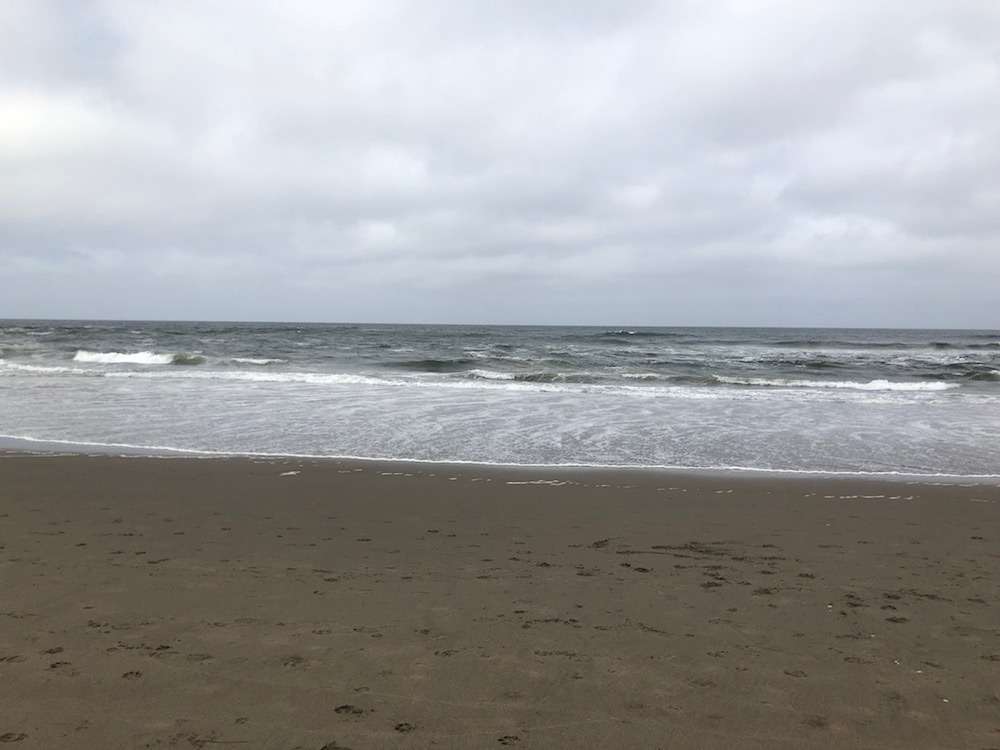 My daughter Catherine needed a replacement cell phone due to her current one starting to fail. I wanted to visit SF and figured it was safer to have it mailed to me and then bring it to her. So I took a quick drive to San Francisco and then Berkeley.

I made my usual first stop in San Francisco at the Moscow & Tbilisi Bakery at 20th and Geary. I’ve loved going there for years. I picked up a couple mushroom and egg piroshkis (fried bread filled with mushroom and egg), 4 cheese blintzes (sweet pancakes sort of?), and some sweets.

Then I continued West on Geary and Point Lobos until I rounded the bend at the ocean and went down to ocean level. I parked at one of the public lots and ate a piroshki and cheese blintz and then walked out to the ocean.

I didn’t have a lot of time by this point and I don’t normally stay long at the ocean. It was relaxing to see it. There were a few too many small dogs (their owners were having some sort of social gathering). But it was a really nice day and I enjoyed the drive through the city.

Then driving back across the bay bridge to Berkeley and dropping off the phone. I stayed long enough to deliver bakery goods and make sure the new phone turned on and the account got switched over. Catherine has a bunch of school stuff this week as it’s getting towards the end of the semester.

Then I drove back to Sacramento and relaxed the rest of the day.