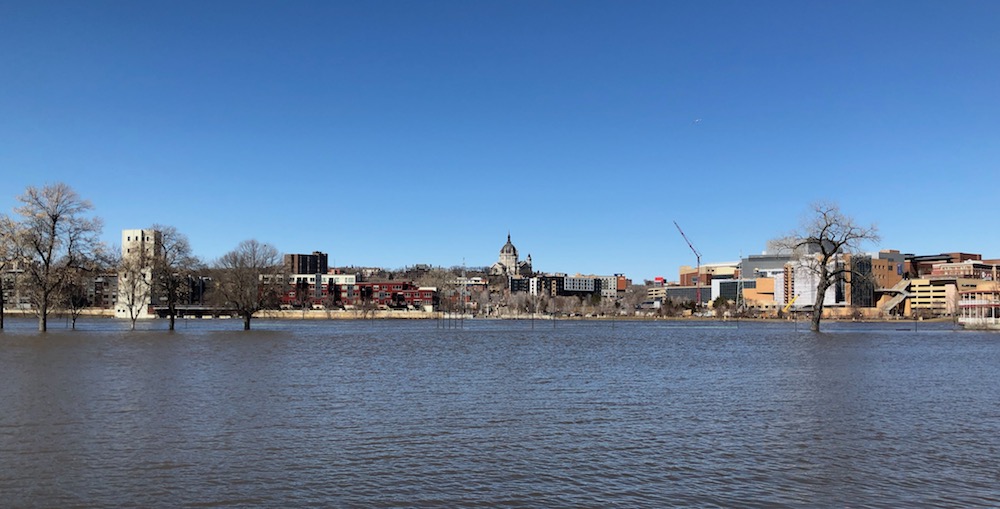 February this year, Minnesota had the most snow of any February either in forever or a very long time. And I got to see it. I like weather.

The thing with snow, though, is it is temporarily stored water. It melts back to liquid. And that has to flow somewhere.

A lot of it flows into rivers and my girlfriend Chris wanted to see how high they were.

Driving back from Utah we did see some flooded farms as we were coming into the state and also quite a few agricultural reservoirs that were trying to release water quickly.

Today we drove to look at the Mississippi. There is a park called Harriet Island where we had taken river cruises before. We were able to make it to the new banks of the river covering the island. It looks like most of it is about 2-3 feet under water. This is highly unusual. The city itself is on a hill and is ok and the water is supposed to start receding by Monday.